It is not the National Democratic Alliance or the National Defence Academy, I am talking about a Non-Disclosure Agreement. On a serious note, an NDA is a legally enforceable contract which establishes a confidential relationship between the holder of confidential information and the party that intends to receive such information.

This legal definition can be broken down to three important parts i.e.

In simple words, a Non-Disclosure Agreement is a legal document establishing rights and obligations on the holder of any sensitive or valuable information to the receiver of such information. Situations where an NDA becomes important?

There are only two situations when an NDA becomes absolutely important, they are:

However, it is advisable to sign an NDA in order to protect your interests in basically all situations where the information that you are disclosing to a third party is of any value or can be used to add value to your brand, product, or organisation.

What should an NDA contain?

Legal framework behind enforceability of NDA

In India, a Non-Disclosure Agreement is valid, and can be enforced only when it is registered under the Registration Act 1908.

The NDAs are executed between companies, people or entities under which one party is prohibited from revealing the confidential information of the other party within a specific period of time and if the party does so then the other party may sue for damages suffered because of the breach of confidentiality. 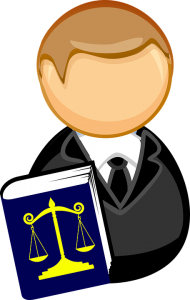 The Courts have on several occasions determined the validity of an NDA with respect to Section 27 of the Indian Contract Act. The Supreme Court has drawn an extremely narrow construction of Section 27 of the Indian Contract Act (which deals with restraint of trade), firmly rejecting the common law doctrine of reasonability. However, the Bombay High Court in December 2007 in V.F.S. Global Services Ltd. v. Mr. Suprit Roy has toed the line drawn by the Apex Court and held that a clause prohibiting an employee from disclosing commercial or trade secrets was not in restraint of trade, if such agreements or clauses do not restrain parties from exercising a lawful profession, trade or business within the meaning of Section 27.

Thus, though the Indian position on this aspect has been consistent, it has nevertheless witnessed strong criticism on more than one count. While the Bombay High Court pronouncement introduces much needed protection to trade secrets by taking it out of the ambit of restraint of trade, nevertheless much ground needs to be covered in order to ensure security to trade secrets. The Bombay High Court in the aforementioned case had the chance to do just this. Therefore, it is has been an important step in this regard, but needs to be developed further.

Development in trade and commerce also requires the equal protection of rights to the widest possible extent. A non-disclosure agreement surely does the same by protecting valuable information of any company or individual from being leaked or used against him for the purpose causing loss to the primary party or owner of the information. NDA acts as a protector of original ideas or models or any kind of information which is beneficial or important to its owner.

So, it is safe to say that an NDA is your fail safe legal document that will protect you from nasty experiences at a time that you would least 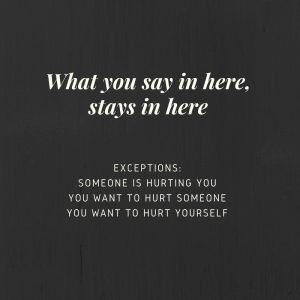 expect it. An NDA might always not be for the benefit of everybody. It will definitely be harmful or will be a speedbump in the well-oiled plan of a rogue or a trickster who wants to take advantage of a hardworking holder of sensitive information. It obviously takes a lot of extra work and expenses (from both parties) to get an NDA drafted or tailor-made, but all that work and money will be a waste, for someone who doesn’t intend to keep the information confidential.

Thus, an NDA doesn’t restrict your options; rather it redeems you and your rights when you most need it. It may seem like the agreements are pointless, or the costs involved with drafting such agreements might be unnecessary; but it’s always better to have that sort of insurance in case you end up on a sticky wicket further down the line. As with any other domain, it is best to seek professional advice that is tailored to your situation. At Ediplis Counsels, we offer a full range of agreement drafting, review, and vetting services.